By Kim Gile and Marissa Baum

In March 2018, the American Jazz Museum, in conjunction with the Kansas City Public Library and Kansas City Jazz Orchestra, hosted a Wikipedia Edit-A-Thon. This month, guest writer Kim Gile dives deep into this event and the impact it had both in cyberspace and IRL (In Real Life)...

One Librarian’s Bold Leap into Wikipedia, and the Community Building that Followed

So what is an edit-a-thon you ask? Edit-A-Thons are events where people get together and edit Wikipedia. Usually, the efforts center around a certain topic that is underrepresented. For example, in 2011, Wikimedia found that less than 13% of its contributors are female, in response, the Art+Feminism initiative was launched, now 5 years strong and with participating groups and institutions across the world.

As I explored my involvement with Wikipedia, I realized there was a significant lack of information about Kansas City’s jazz scene and the lightbulb went off. We needed to host our own Edit-A-Thon and jazz would be the topic. 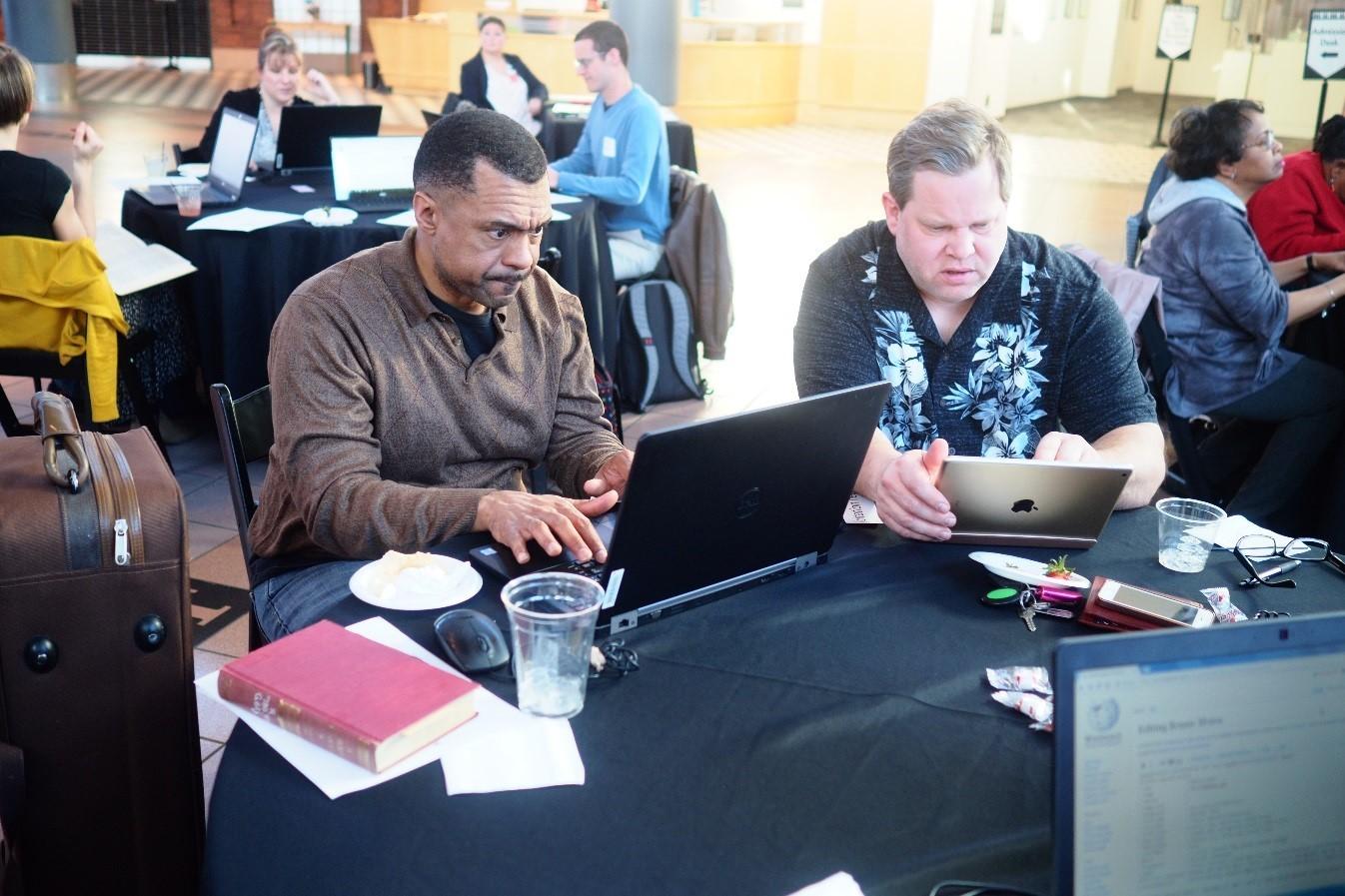 We worked with the Online Computer Library Center, Incorporated, and Monika Sengul-Jones, their Wikipedia contractor to construct a plan. We wanted to incorporate musicians into this project, in addition to scholars, local jazz fans, and anyone else who wanted to participate in this inaugural event. We deliberately scheduled for a time most musicians wouldn’t be gigging, sought out snack donations and even a source for appropriately themed cocktails. Cosentino’s Market, and Restless Spirits Distilling Company stepped up to the plate in a big way. The library provided laptops and resources consisting of books and printed articles. Editors could grab whatever caught their interest and use that reference as a citation as they built and edited their articles.

Wikipedia had a lot of the resources we needed, including a “How to Run an Edit-A-Thon” guide and we relied on Monika for additional support including the creation of a training presentation for first time editors. Monika even flew in from Seattle to help us with training and logistics the day of our event! 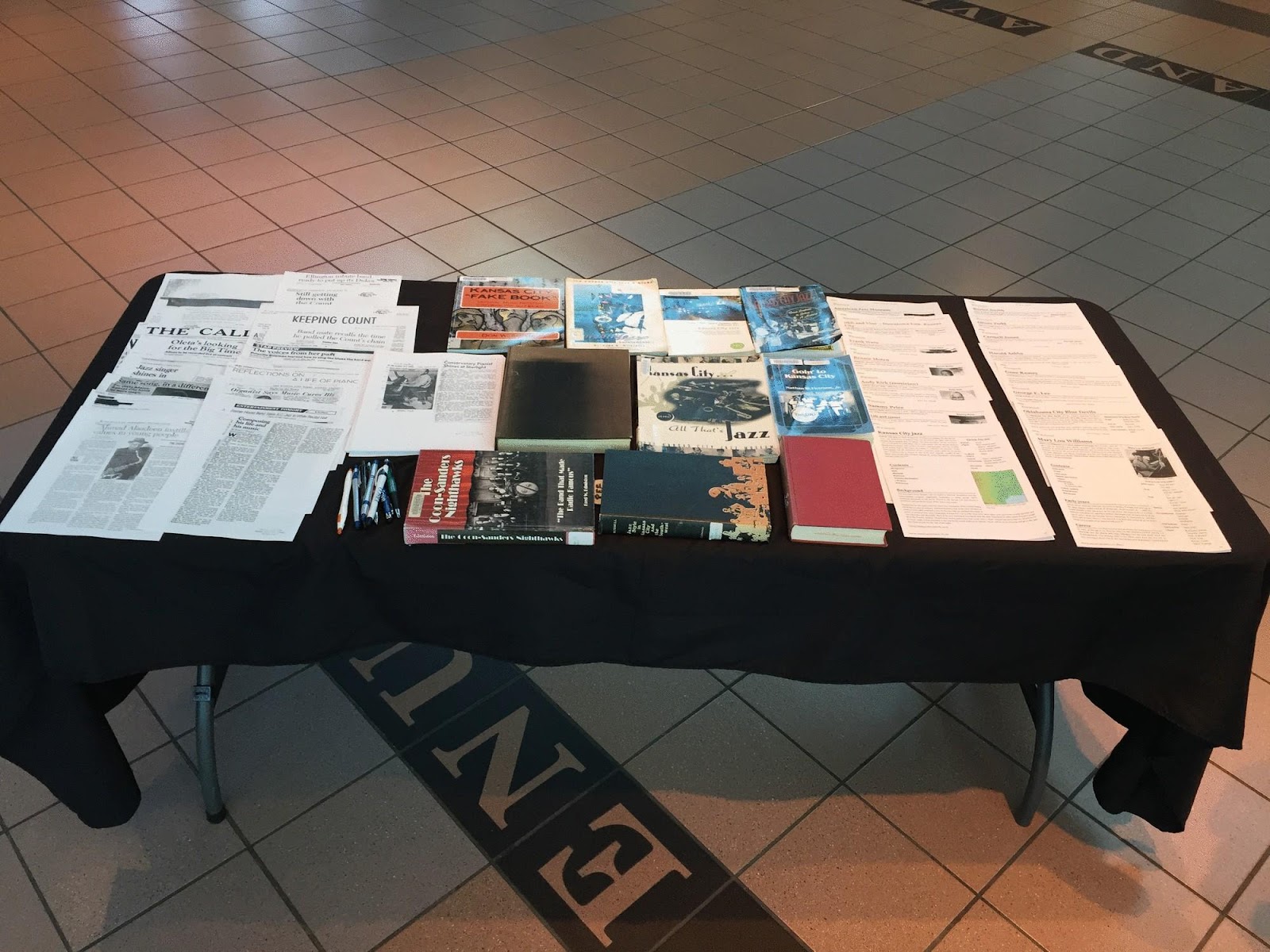 We also did initial research and created a list of suggested articles that we knew could use some help.

Most of the attendees did not have a Wikipedia account when they arrived and we created accounts for them, on the spot. Our goal was to create a positive experience for first time editors, build comfort levels, and grow excitement for future events. We even encouraged musicians to bring their instruments and take a break between edits to have some impromptu jam sessions. Both the signature gin cocktails and the live music were big hits. 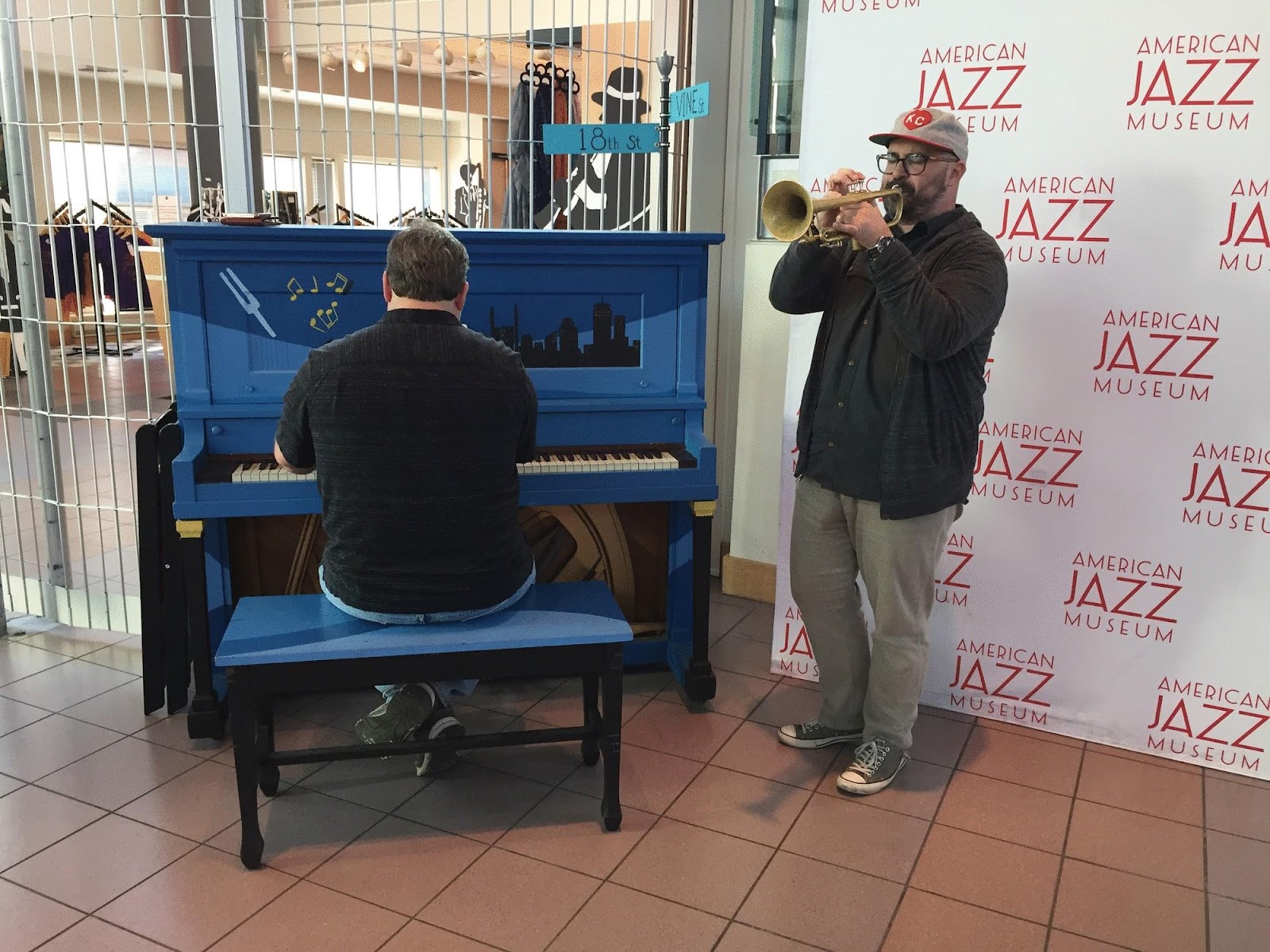 All said and done, we had about 30 editors attend the event. We made 36 total edits to existing articles, and created 12 brand new articles on topics that weren’t previously represented. We added nearly 3,000 words to Wikipedia and, collectively, built community, taught digital literacy skills, and shared Kansas City’s jazz with the world.

We’d like to thank Monika Sengul-Jones at the OCLC for sharing your expertise and your endless encouragement. This partnership between the American Jazz Museum and Clint Ashlock with the Kansas City Jazz Orchestra was powerful. Many thanks to Mike Shannon and Jamie MacAninch of Restless Spirits Distilling Company, for your support of the event and signature cocktails!

Oh...and yes, we're going to do it again. Keep your eyes and ears open for news of our next Edit-A-Thon soon!